Jared Eckler, President Townsend Leather, has been chosen as one of Albany’s “40 Under 40” influential leaders.

The 2015 Class of “40 Under 40” for Albany has been revealed, and Townsend Leather President, Jared Eckler is one of them! 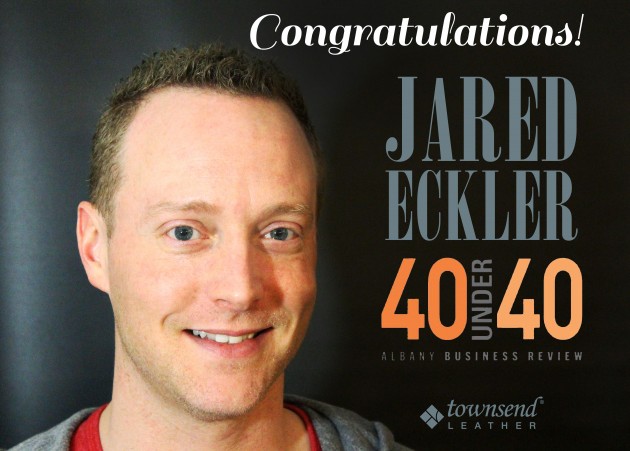 The Albany Business Review is the host and publisher of this prestigious award.  They combed through over 500 nominations from the Albany area of leaders “under the age of 40 who demonstrate business acumen, leadership skills and community involvement. They set the pace of the local business landscape now and for the future.”

Townsend Leather’s own daring, caring, and leather loving President, Jared Eckler was nominated and chosen as one of the winners of this esteemed honor.

Jared will be honored, officially, by the Albany Business Review at their annual 40 Under 40 event.

It is no surprise this honor is bestowed upon Jared.  He has long been a positive influence at Townsend, as a coach, mentor, friend, and leader – even without his Presidential title. 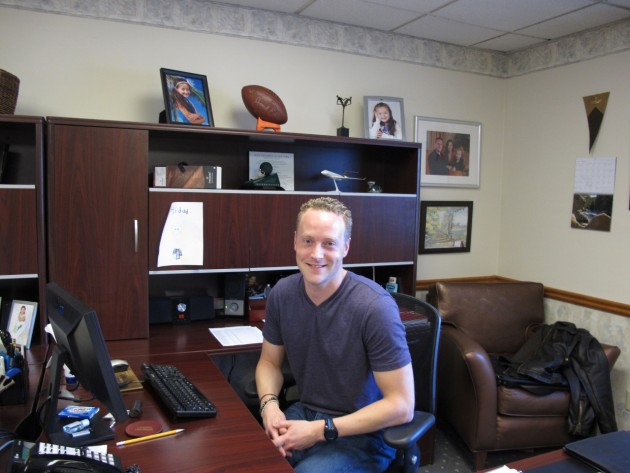 Jared has been thoroughly involved in bettering, not just our company and Partners, but in the community as well, as a member of the CEO Roundtable, an active member of the larger PTECH community, getting involved in influencing Congressmen and Government Representatives for positive change, and more. 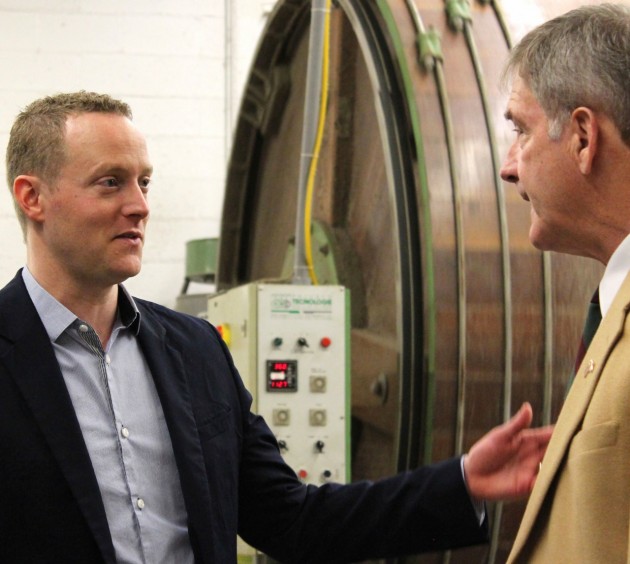 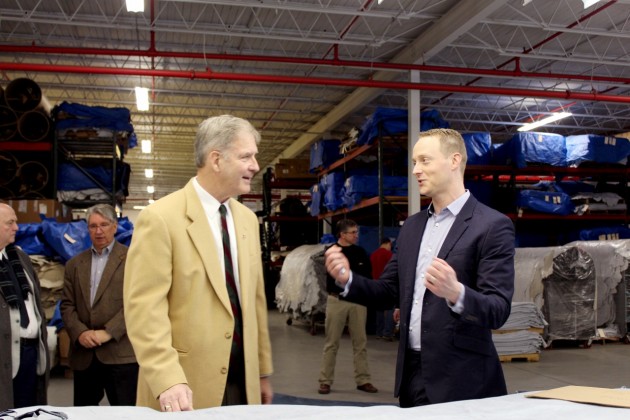 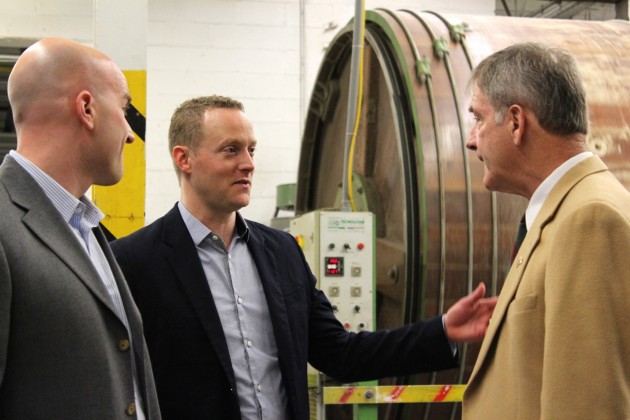 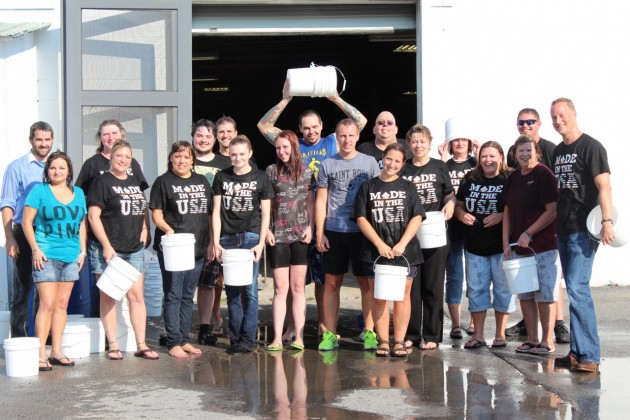 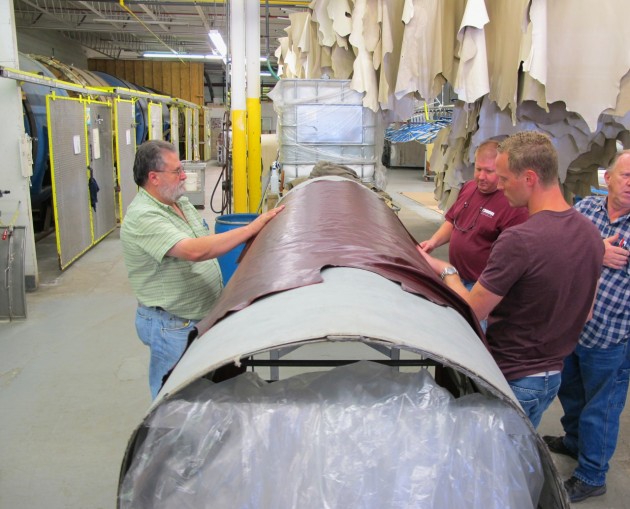 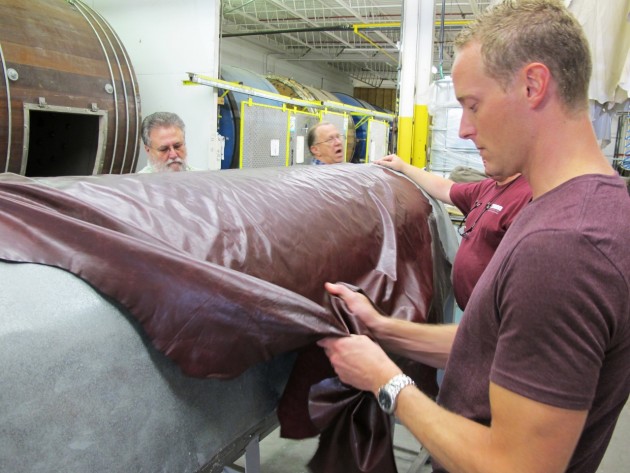 Jared leads with a sense of calm attention.  He aims to bring a sense of positivity 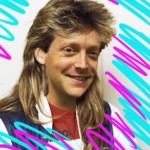 and fun to his projects (he even was signing his name as “Captain of Great and Fun” rather than President, for a while).  One of his biggest passions in life is Townsend Partners, and it shows – clear and strong.  He is never too busy to help a partner, he spends countless hours handwriting personal notes, taking time to meet with individuals regarding life goals, personal development, annual reviews, and just general inspiration.  He routinely updates the entire company through small group personal meetings and company updates -not just providing facts, but relating it to meaningful emotions, attainable goals, and personal stories. 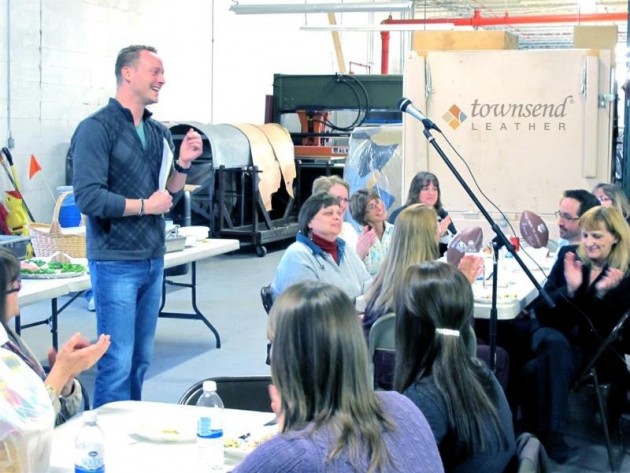 Being a voracious reader himself, he opens his vast library up to anyone interested and routinely provides personalized curated book suggestions.

Jared is able to put actions and ideas into bite-sized nuggets of wisdom like, with his recent focus on reintroducing our team with the word and meaning of GRIT, or utilizing a phrase that has become synonymous with Jared himself, “Daring Greatly“. 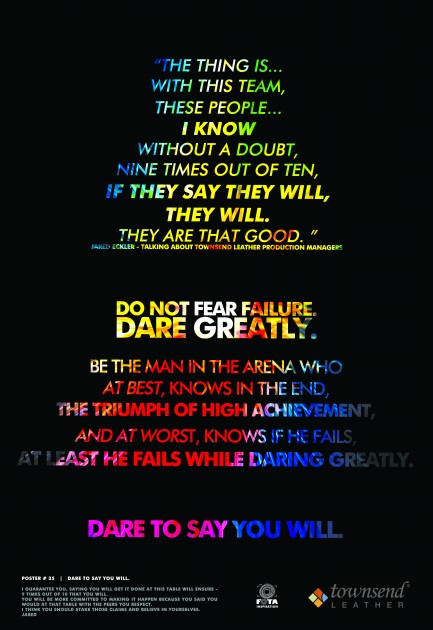 Our annual calendar and year-end message is brimming with Jared’s sense of calm, inviting positivity and inspiration and has been a welcome message for all that received it. 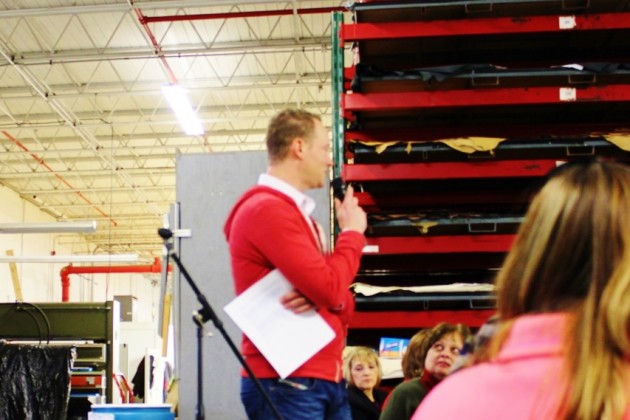 Jared’s sense of leadership and his ability to inspire others brings to mind a powerful quote of David Foster Wallace’s, regarding true leadership…

“The weird thing is that the word “leader” itself is cliché and boring, but when you come across somebody who actually is a real leader, that person isn’t cliché or boring at all; in fact he’s sort of the opposite of cliché and boring.

Obviously, a real leader isn’t just somebody who has ideas you agree with, nor is it just somebody you happen to believe is a good guy. Think about it. A real leader is somebody who, because of his own particular power and charisma and example, is able to inspire people, with “inspire” being used here in a serious and non-cliché way. A real leader can somehow get us to do certain things that deep down we think are good and want to be able to do but usually can’t get ourselves to do on our own. It’s a mysterious quality, hard to define, but we always know it when we see it, even as kids. You can probably remember seeing it in certain really great coaches, or teachers, or some extremely cool older kid you “looked up to” (interesting phrase) and wanted to be just like. Some of us remember seeing the quality as kids in a minister or rabbi, or a scoutmaster, or a parent, or a friend’s parent, or a supervisor in a summer job. And yes, all these are “authority figures,” but it’s a special kind of authority. If you’ve ever spent time in the military, you know how incredibly easy it is to tell which of your superiors are real leaders and which aren’t, and how little rank has to do with it. A leader’s real “authority” is a power you voluntarily give him, and you grant him this authority not with resentment or resignation but happily; it feels right. Deep down, you almost always like how a real leader makes you feel, the way you find yourself working harder and pushing yourself and thinking in ways you couldn’t ever get to on your own.”

On behalf of everyone at Townsend Leather, Congratulations Jared!  We are proud to be led by you.

We use cookies to ensure that we give you the best experience on our website.I acceptRead more